The Open Office: What’s Working And What’s Not?

SCG’s Kristen Reed & Matthew Stegmeier authored a piece for Facility Executive’s February 2017 edition, covering the results of our State of the Open Office Research Study and offering some practical tips for the many scenarios today’s facilities and corporate real estate END_OF_DOCUMENT_TOKEN_TO_BE_REPLACED

FMJ Magazine: The State of the Open Office

SCG’s Sarah Mravec and Diane Stegmeier authored a piece for IFMA’s FMJ magazine’s January/February 2017 edition, covering the results of our State of the Open Office Research Study and offering some practical tips for the many scenarios today’s facilities and corporate real END_OF_DOCUMENT_TOKEN_TO_BE_REPLACED

6 Resolutions to Amplify Your Workplace Strategy

Regardless of your role within the company, your goals for this next year are likely the same; to further expand your leadership skills and, in turn, help lead your company towards continued success. And despite how successful the organization has been in END_OF_DOCUMENT_TOKEN_TO_BE_REPLACED

84.51°: Inside The Most Intriguing New Building In Town

Diane Stegmeier was approached by Cincinnati Magazine this summer to discuss a new, unique workspace in the Southwestern Ohio metropolis. The building, which serves as the headquarters to 84.51°, a consumer research firm, is an eye-catching structure featuring large panels of reflective glass END_OF_DOCUMENT_TOKEN_TO_BE_REPLACED

Stegmeier Consulting Group partnered with Knoll in order to spread the word about the importance of developing a business case for new workplace strategies.  SCG Founder and CEO Diane Stegmeier authored a whitepaper on the topic, and it has been added to END_OF_DOCUMENT_TOKEN_TO_BE_REPLACED

When Holland America moves to its new lower Queen Anne offices about 18 months from now, Orlando Ashford will lose the great view of Puget Sound that he currently has from his spacious executive office.

But as president of the Seattle-based cruise line, Ashford says the reason for the move – shifting the company to an open office concept to help the more than 1,000 employees work together – is worth it.

Holland America’s new workplace change initiative is off to a great start. When an organization secures leadership buy-in (or leaders act as the catalysts for change, such as in Holland’s case) a new workplace strategy has a much higher chance for success.  Conversely, when leaders opt to exclude themselves from an initiative affecting the rest of the workplace, the more likely that resistance to change will manifest.

Individual contributors tend to mimic their leadership, and strive to obtain the career, status, and perceived perks that come with being a higher ranking official within the organization. If company executives can maintain their private offices with the stunning views, there will be little motivation for the rest of the workforce to transition to and work in an open-environment, for example.  The belief that space can and should be used as a currency, or as a reward, is still prevalent in many companies today.

Stegmeier Consulting Group views leadership behavior as an incredibly important Critical Influence that has the potential to make or break a new workplace strategy.  And while it may be difficult to approach the C-Suite from within the organization regarding this, our team is well-versed in conveying business cases for new ways of work to individuals at all levels.  Let Stegmeier Consulting Group help put the “lead by example” mantra to work for your company.

Hireside chat: The magnetism of a great company culture

Culture is the soul of your company; it’s intangible but not nebulous. In fact, it’s all around you. While you can’t quantify culture like a headcount or swipe it like a touchscreen, you can feel it. It can be the difference between an open office space and rows of beige cubicles. It can be the sound of employees collaborating or heading to lunch together. It can be an animated GIF sent in a company-wide email and the barrage of playful responses it generates. It can be giving employees the license to be themselves.

Culture is much more than a place and its perks; it’s about creating an ethos that empowers, inspires, and, ultimately, attracts. And if you do it just right, you will be known for it.

Culture plays such a large role in workplace change initiatives that our founder, Diane Stegmeier, actually included it as one of her “15 Critical Influences” that can affect the success of implementing a new strategy.

In this article, it is not difficult to see why.  The example company referenced had allowed a culture of distrust to manifest, and employees seemed to lack faith in and respect for their leadership.  When implementing a new workplace strategy, a challenge that could involve altering both how work gets done and in what type of environment, communication and strong leadership are a must to achieve employee buy-in.

When partnering with an organization, one of the first steps Stegmeier Consulting Group will often take is to perform a Critical Influence Analysis.  By conducting this analysis, our team will get a feel for your culture, as well as the 14 other factors that could make or break your workplace change.  Using the results, we’ll then develop recommendations and strategies to move forward appropriately.  Stegmeier Consulting does not offer canned solutions to any client.  Our work, which can involve surveys, communication plans, and program guides, is based on your organization, and what we learn about what it’s like to be part of your team.

Over the past 10 years we’ve seen a lot of new innovation within the tech startup community. What prevents large organizations from innovating at the same rate as small tech companies?

This article presents us with an interview of Gabe Cooper, a leading mind in the software field.  Mr. Cooper discusses the need for larger tech organizations to become more “agile and resilient”, especially in the face of so many successful startup tech companies sprouting up these days.  Mr. Cooper stresses the importance  of agility and flexibility when it comes to a business model as opposed to a rigid, straight-forward approach that lacks the innovation shown by startup competition.

We at Stegmeier Consulting Group believe that agility and flexibility is just as important in the physical work space as it is in a corporate strategy.  Larger companies hoping to develop, maintain, or improve an innovative culture may want to take time to study the landscape in which their employees work.  Does this environment allow for collaboration?  Can employees move freely about the workplace without losing their ability to be productive?  And what remote working capabilities exist so employees spend more time generating ideas rather than commuting?  At SCG, we possess the tools and experience that can answer these questions and guide your company through a successful change initiative.

Is Your Strategy A Compelling Story People Understand? – TalentCulture

Working alongside executive leadership teams at large companies, I find that one of the key opportunities for organizational growth and transformation is when leaders recognize the need to revisit, refresh or redefine the key building blocks that drive their business. When the CEO or CMO realizes it’s time to reinvigorate and reposition their brand it oftentimes highlights the need to refine or redefine their overall business strategy.

At Stegmeier Consulting Group we strongly agree that a company’s vision or mission statement and core values are important building blocks of a successful organization.  In fact, our research has identified the vision/mission statements and a company’s core values as two of the 15 Critical Influences that factor into human behavior in the workplace.  Corporations that want to re-energize their strategy and their employees could indeed benefit by taking a step back to review these factors in order to take larger steps forward.

Our company specializes in workplace change initiatives.  While many may associate that with simply the redesign of physical space, our holistic approach allows us consult on every one of our 15 Critical Influences.  To discover what all of those influences are, or to find out how Stegmeier Consulting can assist your business, please contact us.

Distractions in the Open Office: What You Can Do – Diane Stegmeier’s WCPN Interview

The average American spends more time at work than on any other activity. But the work space doesn’t meet everyone’s needs. There was a time when the open office was all the rage, as advocates argued breaking down the walls builds up creativity. But employees say it just builds up the noise – making it impossible to get any work done.  SCG founder Diane Stegmeier was recently interviewed about the topic everyone seems to have an opinion about–open office plans.

How quickly do the words ‘open office environment’ prompt a strong debate? Give a listen to NPR’s The Sound of Ideas, where radio host Mike McIntyre facilitated a lively discussion on the topic, Where We Work. Thanks to those who called in with great questions & comments regarding the challenges of concentrating in the open workplace. 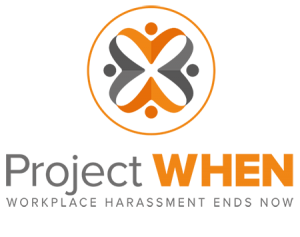 SCG feels strongly that every employer should strive to create a respectful workplace for each employee. It’s why we started Project WHEN, a 501(c)(3) non-profit dedicated to eliminating all forms of workplace harassment.

Our financial support has allowed the organization to grow and begin impacting work communities everywhere.  We encourage clients to consider donating or getting involved in the movement with us.

There are a number of ways to get in touch with Stegmeier Consulting Group.

Or complete this form: